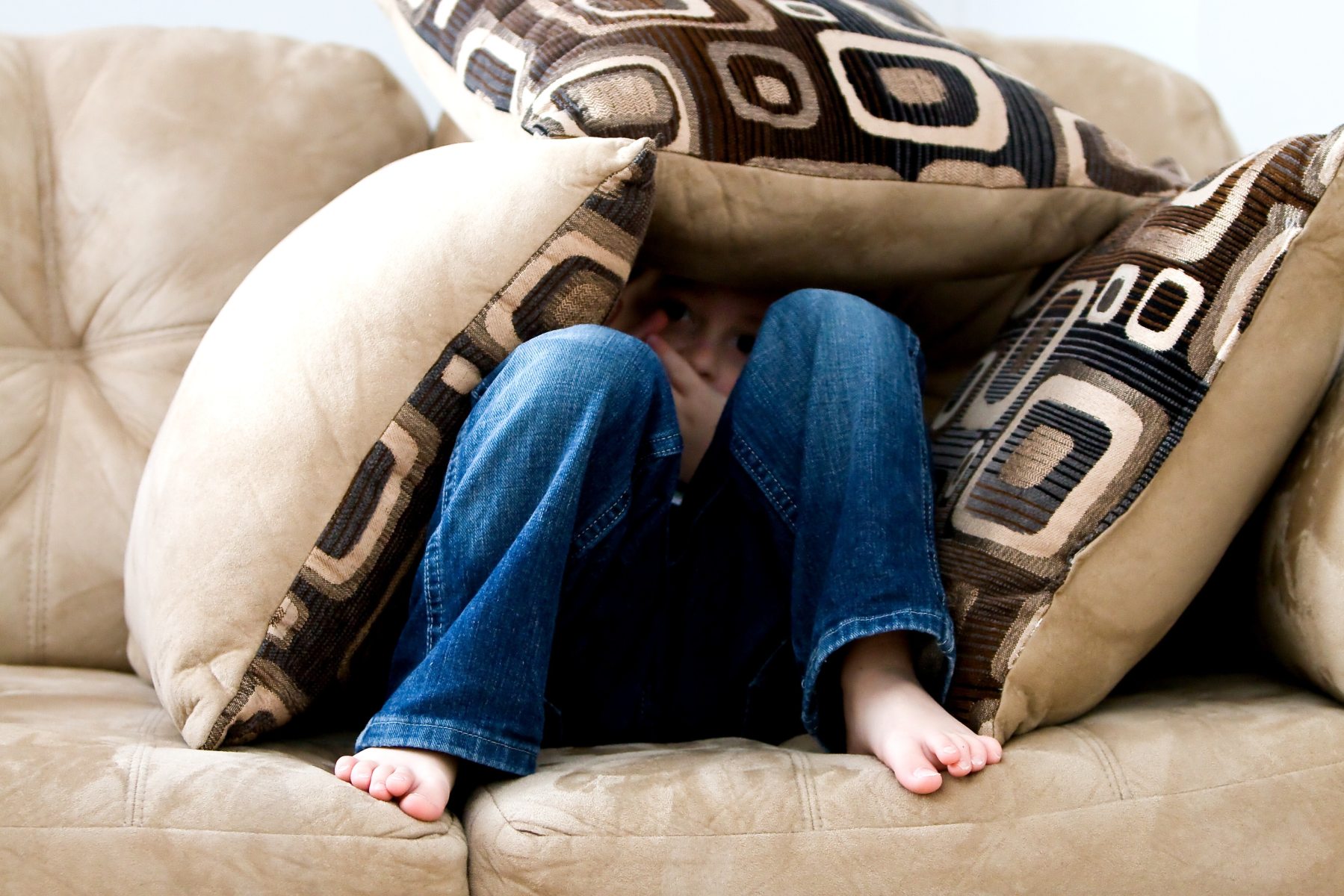 We learn very early in our lives to hide. Peek-a-boo and hide & seek are two of the many ways we teach children the skill of hiding and the thrill of discovery. How often did my children put their hands over their face thinking I could no longer see them because they couldn’t see me. As we get older, we refine the rules and cultivate more mature ways to play these childish games. What is it about hiding and then trembling in our secret place until we are discovered that draws us to these games? What causes us to want to hide?

As I ponder hiding, three reasons to hide come to mind. I hide when I have done something I shouldn’t have done. Fear of disappointing a parent or other significant person motivates a person to hide – figuratively or literally. I also hide when I am not certain I want to do something. Fear of failure motivates a person to hide. Finally, when I encounter a difficult and painful situation I want to seek refuge – I hide. As when a tornado or hurricane is in the forecast, sometimes hiding in a safe place is the best idea.

In Genesis 3, Adam and Eve play the first game of to hide & seek.  Stop now and read the whole chapter if you have time. Otherwise, I’ll highlight the event for you. Adam and Eve were hanging out in the garden when the serpent came to Eve and told her that God was holding out on her. She could be more, have more, know more if only you do what I suggest. At first she said, “No thanks. I’m good.” But then the serpent twisted God’s words and she considered what he (the serpent) said. Maybe God had held out on them. Maybe there was something to be gained by deciding for herself. And so she did what God told her not to do (we call this sin) and ate from the tree that God said was off limits. And then she gave some to Adam who decided he wasn’t going to be left out. Suddenly their eyes were opened and they knew evil. Prior to this they had only experienced good. We will join them in chapter 3 verse 7:

“At that moment their eyes were opened, and they suddenly felt shame at their nakedness. So they sewed fig leaves together to cover themselves. When the cool evening breezes were blowing, the man and his wife heard the Lord God walking about in the garden. So they hid from the Lord God among the trees. Then the Lord God called to the man, ‘where are you?’ He replied, ‘I heard you walking in the garden, so I hid. I was afraid because I was naked’.”

The first game of hide & seek. Adam and Eve hid because they knew they missed the mark (the Greek word used in the New Testament for sin means to miss the mark). God placed them in a perfect setting with everything they could possibly need. He met with them, talked with them – they had a relationship of trust. Unlike the rest of God’s creation, humans are endowed with a will, mind and emotions – the ability to be in relationship with their Creator. God didn’t create a people who would blindly follow him. He loved us and chose us before he created us (Ephesians 1:4) and he wants us to love and choose him in return. Just as we have the ability to choose him to be sovereign in our lives, we have the ability to choose autonomy – to govern ourselves without his help.  Adam and Eve chose autonomy rather than reliance on God’s goodness. They chose themselves over a trusting relationship with God. And that is the way it has been ever since.

We live after the cross so we know that Jesus came and did what Adam and Eve could not do. He said “NO!” to the serpent and crushed his head (Genesis 3:15). The possibility of a trusting relationship with our Father God is restored. Unbroken fellowship with the Creator is now a possibility.

Hiding is scary. Afraid we will be discovered, we develop elaborate schemes to keep our sins hidden. We sew fig leaves together to cover our shame. We try to fix it by pretending it isn’t there or painting it green and calling it a bush. Psalm 32:3-4 paints a vivid picture of what happens when we hide our sin. David said,

When I refused to confess my sin, my body wasted away, and I groaned all day long. Day and night your hand of discipline was heavy on me. My strength evaporated like water in the summer heat.

After awhile hiding is uncomfortable. Initially, hiding seems cozy, safe maybe even comforting; but soon legs cramp and air gets stale in that little hole under the desk. Thirst sets in and then the bathroom calls. But there is no leaving the hiding place. And so settling deeper into the hole is the only option. Being discovered would relieve so much pain, but coming into the open, confessing what is hidden cannot happen.

But what if it could? What if coming into the open is the best thing to do? David goes on  in Psalm 32:5, “Finally, I confessed all my sins to you and stopped trying to hide my guilt. I said to myself, ‘I will confess my rebellion to the Lord.’ And you forgave me! All my guilt is gone.” I John 1:9 says that when we confess our sins, they are forgiven and we are cleansed.

Are you hiding because you’ve missed the mark? Are you keeping others at a distance for fear they will discover your secrets? It’s time to come out of hiding. When God came into the garden to talk with Adam and Eve he asked them why they were hiding. Do you really think he didn’t know? Confessing is an important part of taking responsibility to find healing from our mistakes. There is forgiveness, restoration, healing and joy at the cross. Confession brings health to your body and peace to your mind and releases you from the chaos of guilt and shame.

Step out of the chaos and come out of hiding. Until next time…