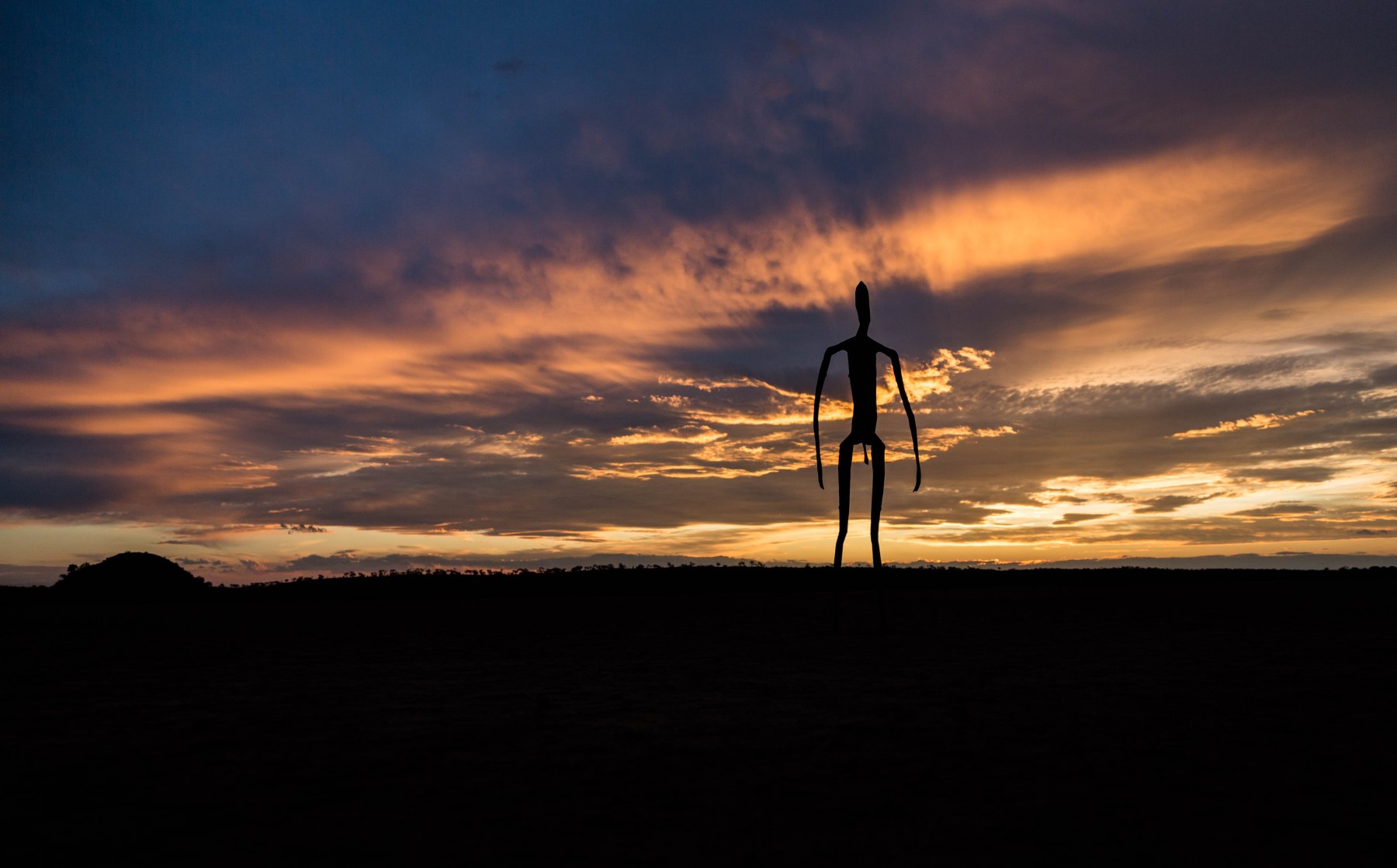 My first encounter with someone who genuinely believed in UFO’s was in the early 80’s. My friends and I were in a restaurant when a woman we knew came in with her husband. She was beside herself with excitement, talking at supersonic speeds about a phenomenon she had just observed.

Driving through town, she saw a light pass right through houses. Convinced it was a UFO, she called the airport to ask if they had observed anything unusual. We chuckled a little and then left to drive home. On the way out of town, we saw the “UFO”. It was a massive rotating spot light intended to bring attention to the grand opening of a new grocery store.

Just a few years ago, I met a man who researches and follows reports of alien sightings and activity in the United States. He is also convinced that crop dusting planes are dropping chemicals that will, over time, change the chemical composition of our atmosphere to accommodate alien life. When the atmosphere is appropriately adjusted, aliens will invade the earth.

Let me quickly tell you that I do not believe in alien life invading earth. TV series and movies exploring the possibility abound. E.T. was an iconic figure in my high school years. But there is a teensy weensy problem I see in the depiction of alien invasions.

In everything I have seen the aliens look so, well … alien. (Recall E.T.) They are easy identified because they are foreign, strange looking, standouts in a world full of humans! If aliens really wanted to come and infiltrate our systems of power and control our world, the plan needs to be modified. Somehow they can’t look so alien. They need to blend in.

Imagine for a moment you were going to visit another planet and you wanted to infiltrate the power structures and blend in with the common people. What would be your strategy? Would you modify the atmosphere of an entire planet so you could breath and then go as yourself and risk rejection – and annihilation – because you are so different looking? Or would you be more successful if you became like the inhabitants of the planet you are visiting?

I do believe that a Being from another world came to earth. He wanted to turn our world upside down and in many ways he did. His name is Jesus. Jesus was in every way God and yet scripture says:

“he gave up his divine privileges; he took the humble position of a slave and was born as a human being. When he appeared in human form…”

So the Word became human and made his home among us.

He sent his son in a body like the bodies we sinners have.

Jesus was so human, in fact that, in a crowd, people didn’t know him. When he healed the man born blind (John 9), the man didn’t know who had healed him. When questioned by the religious leaders, he couldn’t tell them who the healer was, only that he was healed.

When the Pharisees and Sadducees wanted to arrest and crucify Jesus, they needed to hire Judas to betray Jesus. In the dark, surrounded by his disciples, Jesus was difficult to find and identify.

The woman at the well in Samaria didn’t know Jesus by looking at him or by talking with him. He needed to tell her who he was and why he was here. (John 4)

This week we are going to explore the ways that Jesus is like us and what that means for us, even today. We will learn that he is like us in every way so he understands everything we struggle with and is here to help. We will learn that he is always interceding for us and because he’s been here and done that, he knows what he’s doing. It is an exciting week and I’m so glad you have decided to join me in this journey!

Photo by Brian McMahon on Unsplash